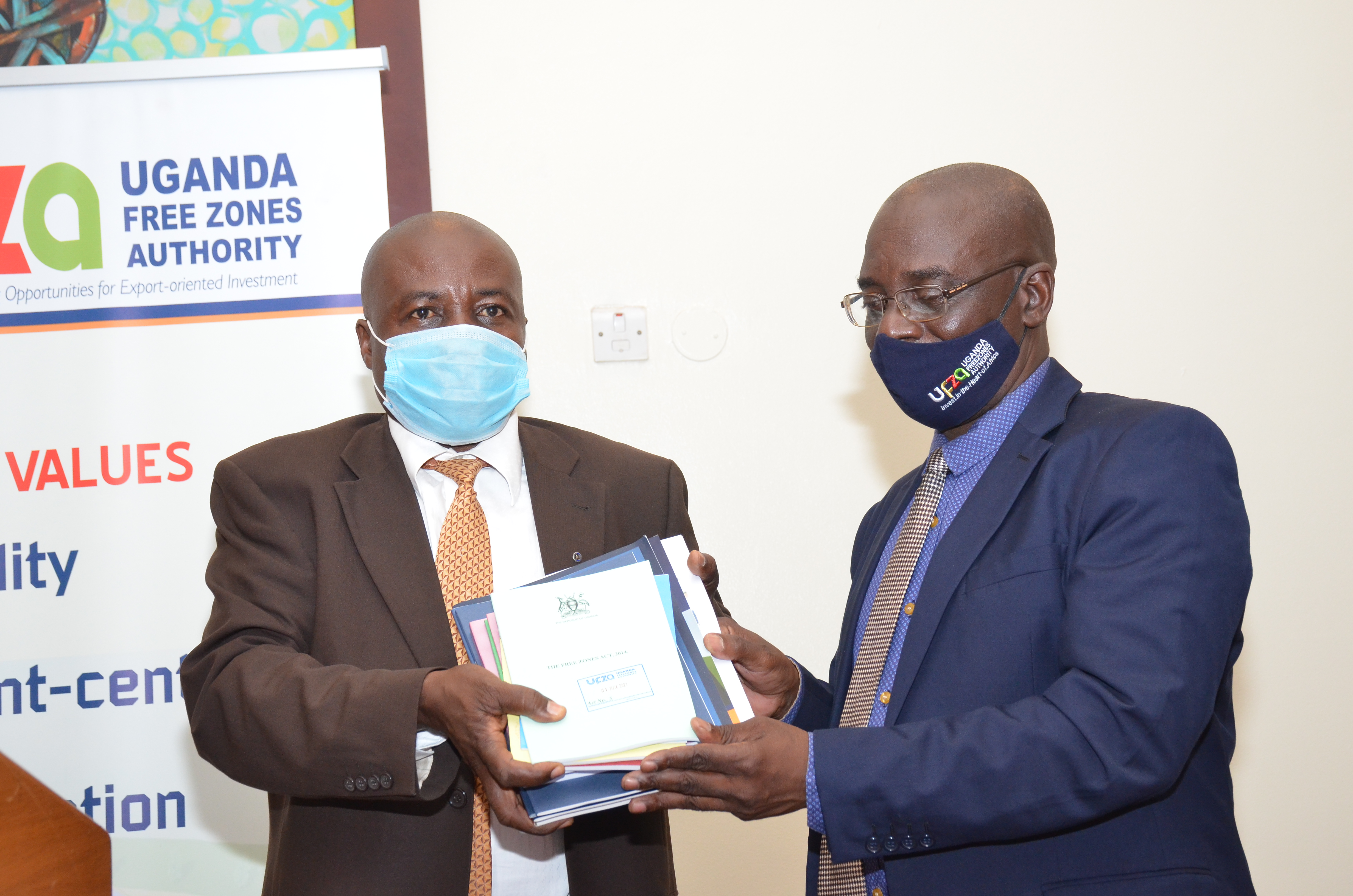 Eng. Peter Balimunsi, a former employee of the Ministry of Trade, Industry and Cooperatives (MTIC) has been appointed the new Board Chairperson of the Uganda Free Zones Authority (UFZA).

Eng. Balimunsi was appointed on a three-year term by the former Minister of Finance, Planning and Economic Development, Hon. Matia Kasaija on May 3rd before the cabinet was dissolved.

The new board was inaugurated at the Kampala Serena Hotel on 1st June 2021. Eng. Balimunsi will serve with other members that include: Annet Nakate representing the private sector, Dr Paul Kyalimpa from UIA, Barbara Imaryo from ULC, Francis Koluo from MTIC, Gerald Namono form MoFPED, Musa Okello from NOTU and Geoffrey Okaka from URA.

This replaces the inaugural board that was appointed in 2015 following the establishment of the Agency in 2014 with a mandate to license and regulate Free Zones as a vehicle for growing of the country’s exports amidst a widening trade imbalance.

Eng. Balimunsi said they shall “carry out the assignment with dedication and commitment to create opportunities for export-oriented investment”.

At least 25 Free Zones, one of which is public and under development at Entebbe International Airport adjacent to the New Cargo Terminal, have so far been licensed by the Agency.