Special economic zone to be opened in Nakaseke 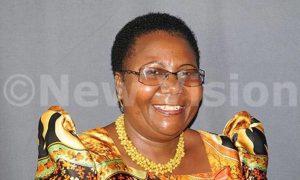 The Government has signed a deal with ASB Group, a Turkish company, to establish a $300m special economic zone for beef production in Nakaseke district.

Under the agreement, the government has provided an 18 square mile site at Kaweweta in Nakaseke, which will next week be handed over to the investor.

The semi-arid area, which lies in the cattle corridor, accounts for 80% of livestock in Nakaseke district. The project coordinator, former finance minister Syda Bumba, said recently that the project will be implemented in phases.

A State House document said special economic zones were established under the Free Zones Bill 2012 that Parliament passed last November. They are aimed at stimulating growth in strategic parts of the country.

Bumba, who last week chaired a meeting of local leaders and representatives of ASB Group, said the project will involve local farmers in beef production to benefit from the end product.

She said farmers under the project shall participate in the breeding of improved livestock on a timely basis and in conformity with international standards.

Bumba said the investor will also provide modern amenities in the area, including an airport. ASB is also establishing special economic zones in Turkey and Sri Lanka.