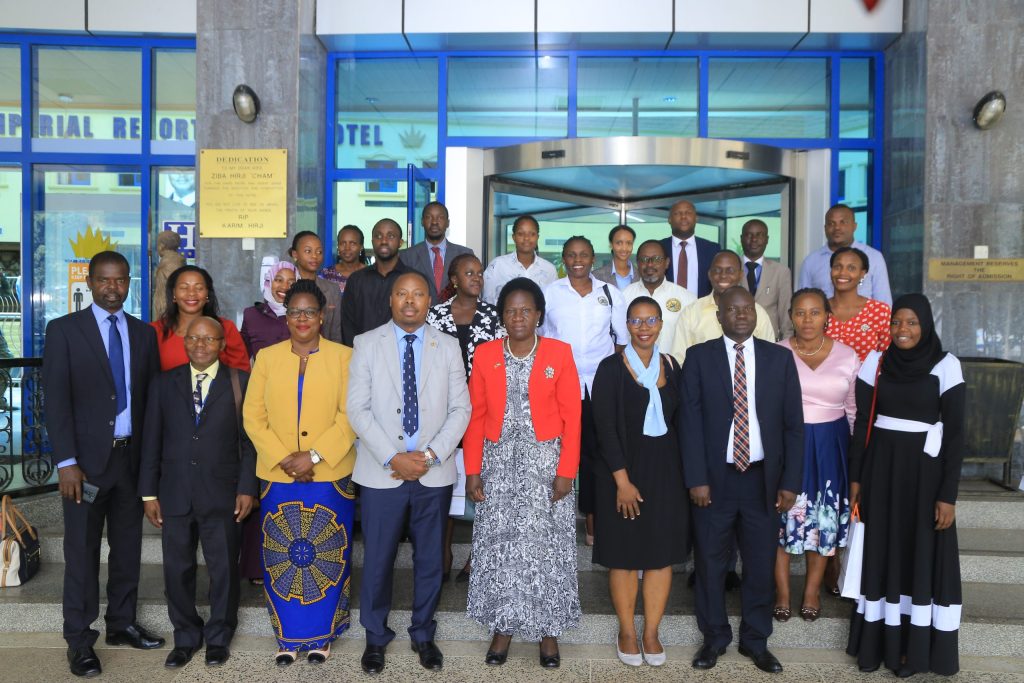 UFZA purposed to engage the Foreign Service Officers in a training under the theme: “The role of Commercial and Economic Diplomacy in leveraging the Free Zones Scheme for Export and market presence”. They are key in attracting Foreign Direct investment, promoting Uganda as the number one destination for export-oriented investment, and promoting the presence of Ugandan originating products in the markets of countries across the globe.

The event was graced by the Chairperson Foreign Affairs Committee of Parliament – Hon. Norah Bigirwa Nyendwoha, Ambassadors serving in various portfolios of the Ministry of Foreign Affairs, Mr. Francis Koluo, a representative of the Ministry of Trade, Industry and Cooperatives and officials from the Uganda Development Forum (Parish Development Model Secretariat – PDM). The engagement emphasized the significance of the Free Zones Scheme for Uganda’s participation in regional and international supply chains and underscored Free Zones as a catalyst of industrialization, recovery, resilience and economic growth.

Presenting the highlights of the Parish Development Model (PDM) as an instrument to scale-up Uganda’s Productive Capacities, Mr. Edward Katende, the Chief Executive Officer of Uganda Development Forum, noted that Free Zones will provide ready market for the surplus produced under the PDM, to which value will be added for export.

Speaking at the training, the Chairperson Foreign Affairs Committee of Parliament, Hon. Bigirwa pledged to lobby for increased funding towards Commercial and Economic Diplomacy, given its significant role in attracting export-oriented investments and promoting market presence of Ugandan originating products.